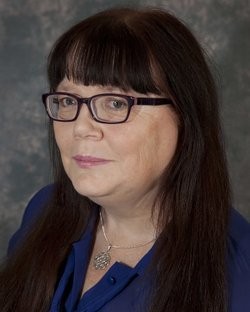 Elaine Everest is a member of the Romantic Novelist Association and a graduate of their New Writers Scheme. She was shortlisted with Gracie's War for their prestigious Joan Hessayon Award.

Everest has sold over sixty short stories to publications worldwide and features to newspapers such as The Guardian, Daily Mail and Daily Express. As a journalist she has written about most canine matters, although she specializes in the pedigree dog show world. Her features have appeared regularly in many canine publications. She was a columnist for some time for the weekly publication Our Dogs. Her three non-fiction books for dog owners (How To Books Ltd) have been well received and brought opportunities to make many radio broadcasts both on local and national radio stations.

When she is not writing sagas she teaches creative writing at The Mick Jagger Centre in Dartford, Kent where she runs The Write Place Creative Writing School.