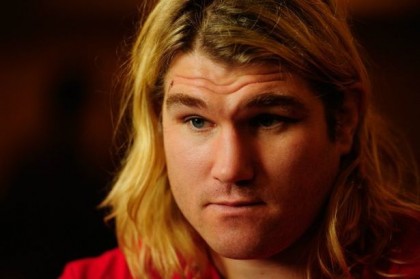 Hibbard was born in Neath, Wales. A hooker, he started playing rugby at age grade levels at clubs in the town of Port Talbot, including Aberavon Quins RFC and Taibach RFC. A former pupil of Glan Afan Comprehensive School, he went on to play at senior level for Taibach, Aberavon RFC and Swansea before making his name at the Ospreys.

He used to play rugby league for Aberavon Fighting Irish and made one appearance for the Wales A rugby league side in their 28–18 win over England in Aberavon in 2003.

He was named as part of the Lions squad for the 2013 British and Irish Lions tour to Australia. Winning caps in all three test matches and starting the third and decisive match.

On 16 December 2013, it was announced that Hibbard would join Gloucester Rugby in the English Aviva Premiership on a three-year contract from the 2014-15 season.