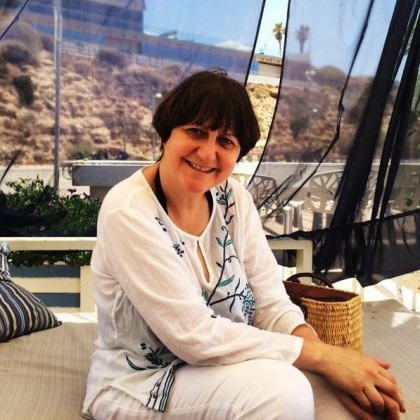 Tamar Hodes was born in Israel in 1961 and has lived in the UK since 1967. After growing up in north London, she read English and Education at Homerton College, Cambridge. For the past thirty years she has taught English in schools, universities and prisons. Her novel Raffy’s Shapes was published by Accent Press in 2006. She has had many stories on Radio 4 and in anthologies, including The Best British Short Stories 2015 published by Salt. She is married with two grown-up children.