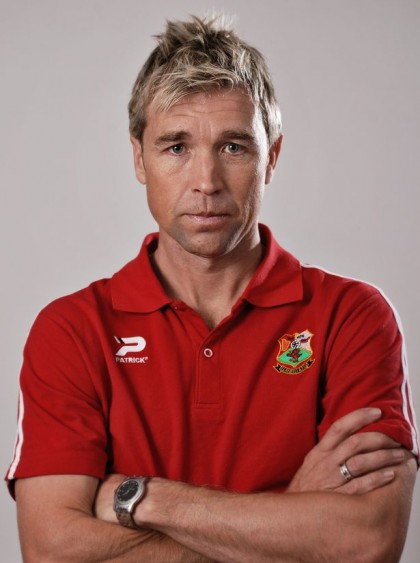 Andy Legg is a Welsh international footballer and one of a select band to play for South Wales arch rivals Swansea City and Cardiff City. Signed by Swansea City in 1988, he turned professional at the age of 22. An aggressive left sided player, Andy made more than 160 League appearances for the Swans, before moving on to Notts County, Birmingham City, Ipswich and Reading. He joined Cardiff City in 1998. His League career totalled more than 600 appearances; he played six times for Wales and made the Guinness Book of Records for his long throw-in. He's coached at Peterborough, managed Hucknall Town and continues to play for Welsh Premier League side Llanelli.