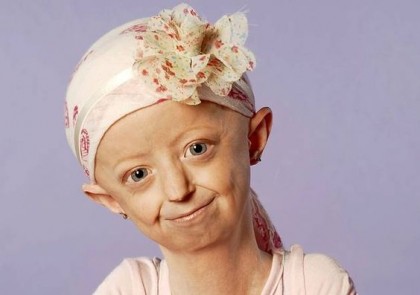 Born with the rare genetic condition progeria, she ages eight times faster than the average person. In medical terms her body is like that of a 100-year-old woman. Yet she faces her condition with immense courage and a refreshing lack of self-pity.

Hayley has been the face of Channel 5’s critically acclaimed Extraordinary People series since she was just 4 years old. Her films have aired to audiences of 1.7 million. Hayley is a captivating personality and is currently filming her fifth documentary Hayley’s Teenage Dream which will be broadcast on C5 in September. For the first time she will also narrate the documentary.