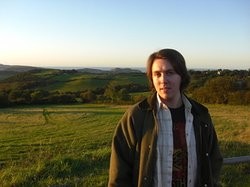 Mark Baker (born 16 April 1985) is an author of several books on Welsh country houses and estates, his first book was published at the age of 14 in 1999 on the Rise and Fall of Gwrych Castle, Abergele by Gwasg Helygain, making him one of Britain's youngest published authors. He subsequently founded the Gwrych Castle Preservation Trust at the age of sixteen in 2001 as well as spearheading a high profile campaign for the building's restoration. Through many years of determined hard work, this proved fruitful when the Gwrych Castle Preservation Trust precipitated the sale of Gwrych Castle by pursuing compulsory purchase action. This earned Mark national recognition within the heritage world and he was made the youngest honorary life member of SAVE Britain's Heritage.

In 2005, Mark Baker published a history of Hafodunos, Llangernyw - a masterpiece of Victorian gothic architecture, which was followed by a detailed study of Wales' most important Jacobean mansion, Plas Teg, near Mold in 2006. This quickly sold out and is now in its second edition.

Mark was educated at Rydal-Penrhos School, Colwyn Bay and later attended the University of Wales, Bangor from 2003; here he graduated with a BA in history and archaeology in 2006. Mark's MA was taken at Cardiff University, and he is currently working on a PhD, researching the development of Welsh Country Houses. As of September 2007, an official website has been launched detailing all of Mark's work to date.

On September 1, 2008, Forgotten Welsh Houses, co-authored with Michael Tree was published by Hendre House Publishing, sponsored by the Georgian Group and SAVE Britain's Heritage. A Royal Home in Wales: Llwynywermod, a book detailing the history of the Llwynywermod estate that is now the Welsh Royal home of The Prince of Wales was published by Accent Press on 10 November 2008.