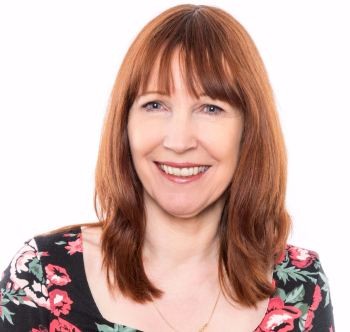 Birmingham born and bred, I recently spent eight years living in Cornwall but now live in Worcester with my husband, Dave. I have four grown-up daughters and ten grandchildren.

I started my writing career with the teenage magazine, Jackie and spent many years writing for various children's magazines before concentrating solely on writing books. I've had over one hundred and twenty children's books published by a range of publishers, includingWalker, Scholastic and Harper Collins. I write both fiction and non-fiction - including picture books, story books, activity, joke and puzzle books - for children from pre-school to teens. Some of my short stories were featured on Playdays BBC and some of my poems on the BBCOne Potato, Two Potato website.


I love writing for children because they are so willing to suspend disbelief and bury themselves into the characters and imaginary worlds of Storyland. Books brought me so much pleasure when I was a child, I can still remember laughing out loud at the hilarious escapades of 'Just William' or chewing my fingernails as the 'Secret Seven' went on yet another exciting adventure. Books can mean so many things to children, they can make them laugh, hope, dream, take them away from their problems for a while, or help them cope with them. Modern technology is wonderful but to me nothing is as good as settling down with a good book.

I also love writing 'grown up' stories. I've written several romance stories for women's magazines and had two romance novels published, under the name of Kay Harborne. I've now been contracted to write three contemporary romance novels for Accent Press. the first one I DO?...or DO I? will be released in May.