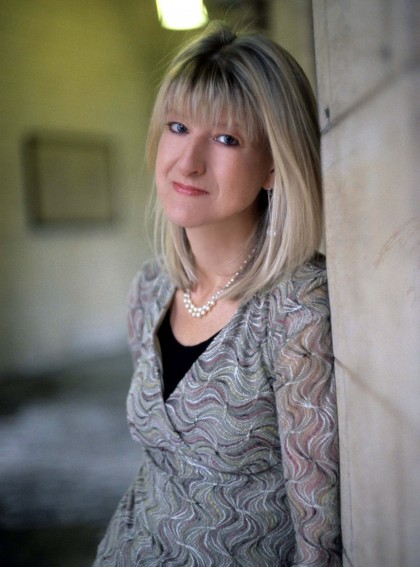 Sophie King (A.K.A. Jane Bidder) is the author of eleven published novels (Hodder & Stoughton; Random House; and Accent). Until becoming a full-time novelist in 2005, she was a journalist on a variety of women’s magazines and newspapers including The Daily Telegraph, for which she wrote a regular column for over a year on the ups and downs of family life. Jane also wrote a weekly page for Woman magazine for ten years.After working at a high security male prison as a writer in residence, she  developed an interest in psychological suspense. In her new job (which was sponsored by the Arts Council and Writers in Prison Network), Jane helped murderers and rapists to write short stories; plays; novels; life stories; and letters.‘Despite being a published romantic novelist, my experience made me see another side of life,’ says Jane.The result was a three-book deal with Accent Press:‘Guilty’, ‘The Witness’ and ‘The Victim’.
Jane also writes romantic fiction as Sophie King. Her latest novel is ‘DO YOU TAKE THIS MAN?’  published by Corazon Press. It’s about  Katie who isn’t sure whether to get married nor not. In the first chapter, she seals the knot. But in the second, she runs away before saying her vows. the novel traces both lives – until she comes to the same outcome at the end. http://www.sophieking.info/

Jane is currently working on a psychological suspense novel, ‘My Husband’s Wife ’which is ‘one step on’ from her previous crime books.‘It’s a cross between ‘The Husband’s Secret’ and ‘Apple Tree Yard,’ says Jane.Jane is also a Royal Literary Fund Fellow at Exeter University where she helps students to sharpen their writing. In addition, she writes short stories for women’s magazines (see section on Awards) and speaks regularly at literary festivals as well as on the radio.

2004 Runner up for the Harry Bowling Award

2005 Winner of the Elizabeth Goudge Award

2006 Winner of the Vera Brittain Cup

2010 Shortlisted for Love Story of The Year by the Romantic Novelists Association.

2014 Shortlisted by the Festival of Romance for ‘After The Honeymoon’