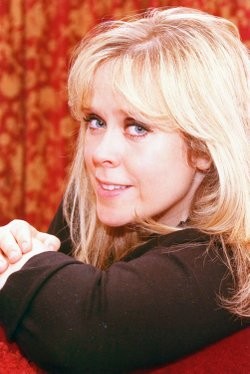 Jackie McGregor is a journalist, columnist, poet, author and editor. Born in Northern Ireland she writes a weekly column for the Belfast News Letter.
Jackie has had a varied writing career and has been featured in many publications including numerous women's magazines, newspapers and the Newstatesman.
Her charity book; 'They Can't take that away from me' named after the Gershwin song of the same title, has been featured in the national press, and discussed on radio and television.
Jackie has also been a full time carer to both parents who developed Alzheimer's disease, one after the other. It was while her father was having music therapy, now proven to be helpful to Alzheimer's patients, that she had the idea for her charity book which contains contributions from over 200 A-list celebrities. The introduction to the book is a snapshot into the devastating effect this disease has on a family from the viewpoint the author had as a carer. 100% of the author's royalties from the book go to the Alzheimer's Society. They Can't take that away from me is a tribute to the author's late parents.
Jackie lives in Belfast with her husband and their son. Her second book, The House That Built Me, is due for release in May 2016 with 100% of the author's royalties again going to The Alzheimer's Society.